A Nintendo Switch OLED offer and a game may interest you if you are looking for a good gift, one that never fails.

Because it can be played both on TV and in portable mode, the Nintendo Switch console has been a great success. In addition, it is cheaper than its competitors. Get the best model with a game and a discount now.

Enjoy a 30 euro discount on the Nintendo Switch OLED console with Mario + Rabbids Sparks of Hope. With store pickup, it’s only 379 euros at Carrefour.

Nintendo Switch OLED is the latest model released by Nintendo, with an OLED screen and hardware improvements. Mario + Rabbids Sparks of Hope is the continuation of one of the best games on the console.

There is a larger 7-inch OLED screen with thinner bezels on this new model. Even though the resolution is the same, the colors are more vivid and the blacks are deeper.

There are no changes to the internal hardware of the console, so the games will perform the same as before. However, some functions have been improved.

In addition, internal storage has doubled from 32 to 64 GB.

If you want maximum connection speed without WiFi interference, a LAN port has been added to the dock or base of the console.

The speakers have been upgraded. They sound a bit better now. In addition, the console has a stand that covers the entire base, instead of the little tab on the previous model. The stability has greatly improved.

It’s the best Nintendo Switch console due to its improvements, especially in the screen and storage.

On sale: Nintendo Switch OLED with a game

Mario + Rabbids Sparks of Hope, which comes with the console, follows up on one of the Switch’s biggest surprises. Play with Nintendo characters and Ubisoft’s Rabbids. Turn-based tactical combat in fantasy worlds.

This sequel has received very good reviews and is one of the best-selling games on Nintendo Switch. According to HobbyConsolas.com’s Analysis of Mario + Rabbids Sparks of Hope, he received an 89 out of 100.

Save 30 euros on the Nintendo Switch OLED console with Mario + Rabbids Sparks of Hope. In Carrefour, you can pick it up in store for only 379 euros. 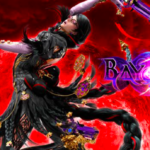 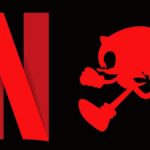